OK so first off i would like to say that (being a guild leader several time before) i know i cant please everyone and im not going to try to please everyone. I will do what i think it best for a majority of the guild. were here to have fun, pvp, raid, and kick some ass, but if your hindering the guild or makeing it less fun for alot of people your gona get the boot.

. some rules for the forums.

You are not to coerce, pressure, use mob mentality, blackmail, to swing the dispute into your favor (Highly likely to get kicked out of the guild for this kind of conduct)

You are not to abuse, scream, and the such to officers

If you are not satisfied or think the officer might be biased/corrupt, then you are to write an e-mail (10-1) to the chieftain council

It is highly recommended that you take screen shots of your chat log if you feel that you cannot resolve the dispute yourself, so you can present it to the officer and to the chieftain council, the same goes for messenger chat as well

B Outside Conduct
What you do affects the guild's reputation, so be courteous to the public

Do not , grief, stalk female characters, spew racist comments, fan the flames, spread rumors to smear and all the such

When grouping, let pick up persons join if they ask and follow rules . The pick up person might be a wonderful person that could be a good addition to the guild

If you like the pick up person in rule above, you may ask if he/she would like to join the guild

Do not blindly believe any non-members in regards to what is happening to your guild, even if the non-member is a guild leader/chieftain/officer of a nearby guild

C Missing in action
if a member has been MIA for over 3 months without notifying the guild they will be removed, but will gladly be re accepted unless a guild member cap is instituted. If this happens this rule will change.

D. Forums
No spamming . go ahead and bump things several times but not to much.

No distribution of copyrighted property - Other peoples stuff with out permission

No excessive immaturity - I pwnzor joo!, wtfpwnjoonoob, HeLlO LmAo!!11!!. once in a while sure but after a while it gets annoying on the eyes.

2.Ok here i will post how the ranks will work. ranks already decided by guild chart. dont seem to b chaneable

If good gear drops and all the members in the current group is already well equipped that the drop is not an upgrade, then it is to be given to the guild bank to be given to another member who needs it unless it binds on pickup. than will go to whoever can get the most use out of it.

Being the main tank does not automatically mean you have rights to a breastplate drop, you will still have to roll for it between other tank classes that need the upgrade. Same goes for the other classes. 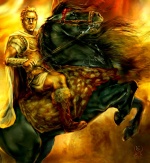